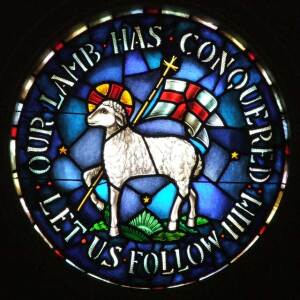 Mr. Johnson was born on March 7, 1933, in North Wilkesboro, NC to the late Howard and Hazel Davis Johnson.  He received a master’s degree from Florida State University in Music, and he was a former professor of music at Elon University.  He was retired from IBM.

Pat was a member of King Moravian Church and was active in the church choir until his illness.  He was a previous member of St. Paul Episcopal Church in Winston-Salem where he sang in the choir, and he served as the Choir Director for Neelsville Presbyterian Church for many years.  He also played French horn with the Winston-Salem and Greensboro Symphonies.

In addition to his parents, he was preceded in death by his sister, Kaye Johnson Battell.

Left to cherish his memory is his beloved wife of sixty-two years, Anita Cleapor Johnson; his daughter, Melissa Glenney and husband Bill; his son, Paul Johnson and wife Tara, and four grandchildren: David, Katherine, and Breanna Glenney, and Tyler Johnson.

A memorial service for Mr. Johnson will be announced at a later date.

Slate Funeral Home is honored to serve the family of Mr. Gene Patrick “Pat” Johnson.  Online condolences may be offered at www.slatefh.com.

To send flowers to the family or plant a tree in memory of Gene "Pat", please visit our floral store.

A Memorial Tree was planted for Gene "Pat"

Join in honoring their life - plant a memorial tree

You can still show your support by sending flowers directly to the family, or by planting a memorial tree in the memory of Gene "Pat" Patrick Johnson