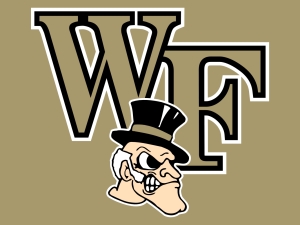 Larry was born in Winston-Salem, NC on November 12, 1941.  He worked at Western Electric/Lucent Technologies for most of his professional career.  In 1973, he and his family moved just north to King, NC onto a beautiful farm property underneath the Sauratown Mountains.

During his high school years and beyond, Larry was a distinguished athlete in many stick and ball sports.  His most notable achievements were in fast pitch softball, which resulted in his recent induction into the NC Softball Hall of Fame.  Larry was extremely proud of this honor as he celebrated with several family members at a formal ceremony on November 1, 2019.  His greatest passion, however, was golf.  He played in many commercial leagues and with his special friends in regular games up until the middle of last year.  Larry was very proud of his two holes-in-one!  He was able to make two visits with his sons and family friends to the Home of Golf in St. Andrews.

Larry was also a gifted musician having sung professionally with the Voyagers Quartet in the 1960’s and 70’s.  This experience allowed him to spread the gospel throughout the Southeastern US.  Larry was very active in his church, Mount Olive Baptist.  He served as Sunday school teacher, choir director, and several terms on the Board of Deacons, including Chairman.

Mr. Beeson enjoyed genealogy and researching his family's history.  He co-authored a book in 1988 titled Frazier Folks and Related Families.  He later visited the Frazier family graveyard near Inverness in the Scottish Highlands.  Larry was also interested in the history of the War Between the States.

Larry is survived by his wife, Pat (Straughn) Beeson.  Together, they created an amazing partnership and wonderful home in which they raised two sons, Kevin (Amy) of Memphis TN, and Alan of King; and his grandchildren, Elizabeth Walser (Brooks) of Winston-Salem, Claire Beeson of Raleigh, and Meredith Beeson of Winston-Salem.  He is also survived by his sisters, Joanne Beeson and Charlene Felts.  Larry was predeceased by his parents Charlie and Edith (Adams) Beeson and his brother Lester Beeson.

The Beeson family expresses its gratitude to the staff members of Mountain Valley Hospice and the Woltz Home for their compassion and care provided to Larry during the final days of his life.

Funeral services celebrating the life of Larry Beeson will be held at Mount Olive Baptist Church on Saturday, February 22nd.  A visitation with the family will begin at 2:30 in the sanctuary with the service beginning at 4:00.

In lieu of flowers, the family desires that memorial contributions be made to the General Fund of Mount Olive Baptist Church at 5413 NC Highway 66 South, King, NC 27021; and the NCASA Softball Hall of Fame, c/o Tony Laws at P.O. Box 1358, Burlington, NC 27216.

Slate Funeral Home is honored to serve the family of Larry Edward Beeson.  Online condolences may be offered at www.slatefh.com.

To send flowers to the family or plant a tree in memory of Larry Edward Beeson, please visit our floral store.